Before the qualifiers, most Ghanaians accepted the fact that it is Salisu’s decision to join the Black Stars or not and no one had qualms about it.

Immediately after the qualifiers, it seems the whole nation is now against the gentleman and now doesn’t respect his decisions anymore.

Now, it is not a matter of should he be called or not but it has now turned to his performance for the Saint Mary’s side.

Yesterday, the Southampton team lost 6-0 to Chelsea and in Ghana, it seems it has become a joy to some who think the guy has not been loyal. In a response to this assertion, the ace journalist said;

“How’s he becoming a public enemy Frank? Southampton lost, not Salisu alone. And I don’t think he’s under any pressure and he doesn’t owe any Ghanaian a 100% performance in every game. Maybe Salisu himself doesn’t care that much as we think.” – Saddik Adams 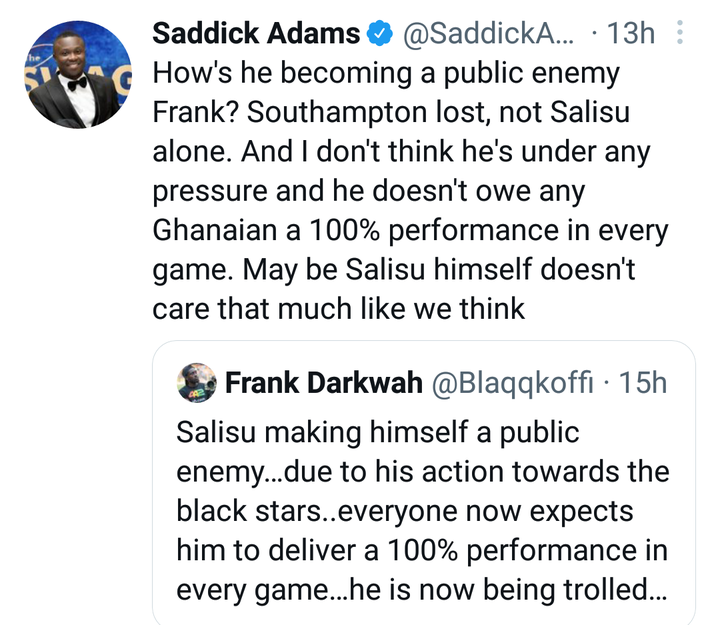 Hearts of oak forward shares the cause of the poor performance this season.